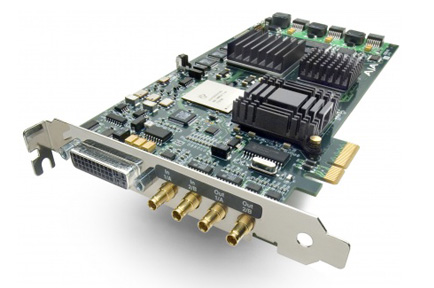 "The Nature of Existence" is the latest documentary feature from filmmaker Roger Nygard, the force behind cult favorites "Trekkies" and "Trekkies 2." Nygard's new film seeks to answer the ultimate question, "Why do we exist?" through interviews with religious leaders, scientists, scholars and others, including Stanford physicist Leonard Susskind, Indian guru Sri Sri Ravi Shankar, sci-fi novelist Orson Scott Card and evolutionary biologist Richard Dawkins. The film premiered at the closing night gala of the Cinequest Film Festival in March 2009, and went on to become an official selection at the USA Film Festival, the Newport Beach Film Festival and The Cambridge Film Festival (UK), among others, and is scheduled to open in theaters in Los Angeles and New York in spring of 2010.

Over the course of four years, Nygard traveled all around the world to interview 170 subjects for the project, and shot over 450 hours of footage. With most of the material shot on a Panasonic DVX100, post production supervisor Christian Knudsen employed AJA's KONA 3 video capture and playback card to ingest material for online editing in Final Cut Pro, as well as to redigitize the footage for final delivery in HD.

"The footage had originally been digitized in DV over FireWire. For the online edit, we redigitized the material with the KONA 3 at 10-bit uncompressed and output two textless DigiBeta sub-masters, one in 16:9 and another in 4:3 for any SD deliverables. By doing the color correction in SD, we saved a ton of money," Knudsen explains. "Then we up-scaled the 16:9 DigiBeta sub-master to HDCAM SR, using the KONA 3 to redigitize everything back into Final Cut Pro at full HD so we could finish the documentary, adding titles, subtitles, digital effects, and the full sound mix plus M&E tracks. After that it was a simple matter to re-output the finished HD version to HDCAM SR."

Knudsen has relied on AJA's KONA video cards since they first became available. "For me, it's all about tools that work well and can be used in professional workflows, and AJA equipment more than fits the bill," he says. "When building edit bays for indie filmmakers, it used to be that the expensive part was finding a disc array that could handle the speed requirements of uncompressed video, but all that's changed—now it's about finding a better codec. ProRes formats are changing the entire industry, and AJA's tools incorporate ProRes on a hardware level. This gives us the ability to work with the footage at full resolution and at close to full quality without an expensive disc array."

AJA's reputation for quality and customer service also helped Knudsen become a fan. "Hands down, the biggest reason I like AJA is because of their customer service," Knudsen concludes. "AJA is the only company I've ever called for support that provides someone to talk to with a real-world understanding of what I'm trying to do. As an independent filmmaker trying to solve problems, they are an invaluable resource."