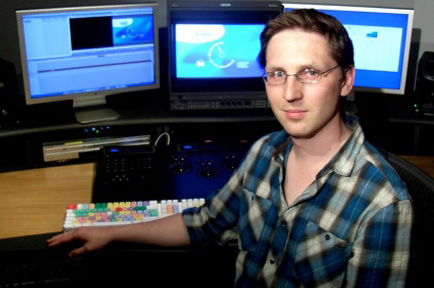 Breathe Post Production, a full-service post house boasting two London facilities, caters to the broadcast, film and DVD industries. Breathe combines some of the UK's top talent with state-of-the-art technology for projects that include broadcast series for The BBC, National Geographic, Discovery and The History Channel, as well as feature films, music videos and commercials.

To boost its Apple Final Cut Pro workflow, Breathe employs AJA's KONA 3 video capture and playback cards to ingest and playback material shot in a variety of HD formats, including from the RED camera and Sony's EX 3. "We get a lot of projects requiring multi-format deliverables, which makes the KONA 3 invaluable," explained Chris Smith, online editor, Breathe Post Production.

"The thing I like most about the KONA 3 is the Control Panel-it's flexible and very easy to use," Smith continued. "I can call it up and quickly change between SD and HD formats or frame sizes. It also allows for multiple outputs at the same time, which is crucial when you're working with text on-screen or generating both HD and SD masters."

KONA 3 presets also play a big role at Breathe Post Production. "I use the different presets quite a lot, and the wide range of frame rates and sizes is great," Smith continued. "There are no problems, even when we bring in 2K files. We've also done quite a few projects with the RED camera, and with the KONA 3 we can drop in footage at any resolution and the KONA will play it back."

One of Breathe's most recent projects shot with the RED camera is a series of music videos for the UK's E4 youth channel. "The client arrived with a hard drive filled with dailies, plugged it in, and was able to preview everything in Apple Final Cut Pro and grade in Apple Color," Smith said. "The KONA 3 handles all of the down-converting and previewing without a problem."

Another recent project, shot on the Canon 5D SLR for a London-based charity, was posted and graded, and had online editing completed using the AJA KONA 3/Apple Final Cut Pro workflow. "The challenge with this project was that the camera shoots at true 30fps, and we were worried about how that would display," Smith commented. "Thankfully, the KONA 3 comes with so many options that we were able to start working on the project right away without having to do any sort of conversion."

For a documentary feature airing on the UK's channel 4, Breathe had to contend with a variety of formats, including HDCAM, RED, XDCAM, HDV and even 16mm. "The material was shot in London and Canada with lots of CGI and live-action blue and green-screen footage," Smith said. "Everything was cut with Final Cut Pro, and we posted the whole show in FCP and graded within Color, all at full HD resolution. It was a very complex grade with a lot of different layers going on. The KONA 3 made it easy to handle all the various formats during client previews, as well as for up-converting and down-converting archival footage. The KONA 3 is a real workhorse, a piece of kit we never have to worry about."