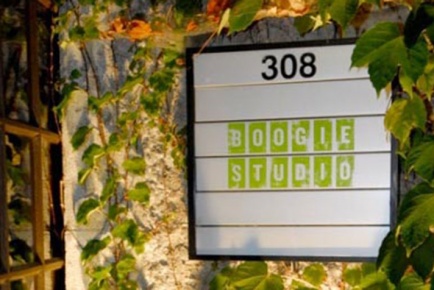 Boogie VFX Supervisor Sebastien Dostie has worked in the industry since 1997. He helped the studio branch out of its traditional legacy as an audio post house into a full-service boutique VFX and post facility. In 2010 Boogie added VFX to its repertoire of services, and turned to Autodesk Smoke for Mac to meet its creative finishing needs. Sebastien equipped Boogie’s creative finishing workstations with AJA KONA 3 and 3G cards - the only video capture and playback cards approved by Autodesk to work with Smoke for Mac.

“Smoke and KONA were an easy choice for us because of our existing Mac-based workflow and heavy compositing needs,” said Sebastien. “Smoke is awesome in terms of horsepower and can handle large amounts of data without crashing, and AJA is known for creating technology that is ahead of the curve and for the great support the company offers.”

KONA 3G in particular has enabled Boogie to expand its range of services to new and existing clients, including stereo 3D work. “The KONA 3G on Smoke for Mac is great for stereo. We can edit in Final Cut and run the KONA 3G on our Smoke workstation for dual link and stereo pipelines,” explained Sebastian. “We can show our client the side-by-side sequences streamed out of Smoke with the AJA card.”

Boogie also relies on the power of KONA to capture a wide range of formats from SD through to 2K and 4K. “The biggest benefit of working with KONA is its power, and we haven’t had any issues with capture,” said Sebastian. “For a recent film project, we ingested files and had 4K playout for certain shots. Smoke for Mac and KONA allowed us to tackle this project nicely.”

Since revamping its pipeline, Boogie has seen an influx of new jobs from customers. “Clients, especially in the commercial world, want to work with facilities that can complete the most work in-house for the best price, and expect us to have high-quality suites,” explained Sebastien. “We’ve shown our clients our set-up with Smoke for Mac and KONA 3G, and it’s resulted in a lot of new project work. KONA 3G is really a good product, and if you’re serious about video, it’s really the best option.”