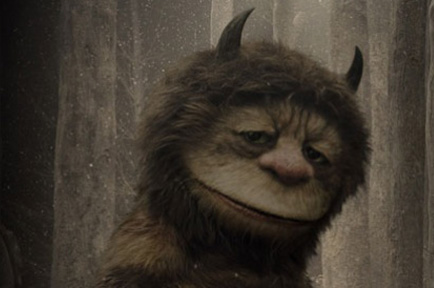 Grass Valley, CA - AJA Video Systems, a leading manufacturer of professional video interface and conversion solutions, announced that its KONA 3 digital video I/O cards were used by the "Where the Wild Things Are" editorial team to build efficiencies into their digital production and post workflow.

"Where the Wild Things Are" is the highly anticipated adaptation of Maurice Sendak's classic children's book of the same name. The Spike Jonze-directed film opened on October 16, 2009. The film was edited by long-time Jonze collaborator Eric Zumbrunnen and James Haygood; First Assistant Editor Steve Bobertz and Associate Editor Erik Jessen were integral to developing the film's digital workflow. The team worked closely with Digital Film Tree in Hollywood, Calif to architect the systems and digital pipeline for the film.

KONA 3 is AJA's top of the line of 10-bit uncompressed capture and playback card for flexible video and audio input and output on the Mac platform. "Where the Wild Things Are" used the KONA 3 card during principle photography in Australia to digitize dailies from set. "We shot and digitized at true 24, not 23.98 and our audio was 48k, and the KONA 3 card helped us get great looking dailies," said Eric Zumbrunnen, Editor, "Where the Wild Things Are".

The team also used the AJA KONA 3 card to facilitate screenings. "The KONA 3 was invaluable in laying out to HDCAM for screenings. We initially tried screening off of drives, but we didn't have time to deal with any potential technical glitches, so we played back to HDCAM, using the KONA to up-convert from 720 to 1080 and it looked great," explained Erik Jessen, Associate Editor.

"We were using Final Cut and we had true 24-frame QuickTimes that we would render out. We put those into a 23.98 sequence and were able to set that up to go to our HDCAM Deck and play back with great accuracy. There really wasn't much else needed other than a computer with the KONA card and then you run a cable to the deck-pretty simple," added First Assistant Editor Steve Bobertz.

"We had enough confidence in the KONA card to allow the director and editor to work as late as they could even if we couldn't begin rendering and laying back to tape until 2 or 3 in the morning, so it was nice to have. It was great to know that we could trust that at the end of the day when we were ready to lay off the tape for the screening, we wouldn't run into any problems or technical glitches, the performance of the KONA 3 card was always very reliable," concluded Jessen.

Steve Bobertz and Erik Jessen have deployed AJA KONA cards in previous digital workflows. Jessen used them for ingest on "Sky Captain and the World of Tomorrow". Bobertz also used KONA cards as key components of the editorial pipelines on the movies "Reno 911:Miami" and "Balls of Fury".

Since 1993, AJA Video has been a leading manufacturer of high-quality and cost-effective digital video interface, conversion and Desktop solutions supporting the professional broadcast and post-production markets. With headquarters in Grass Valley, California, AJA maintains an extensive sales channel of dealers and systems integrators around the world. For further information, please see our website www.aja.com.