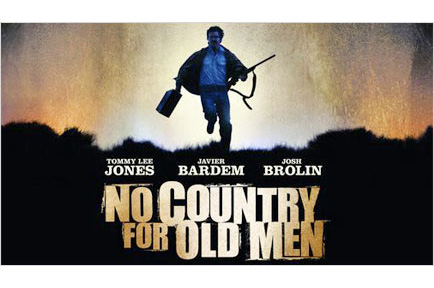 "We used the AJA KONA capture card with Final Cut Pro to encode the HD dailies. The footage was captured from HDCam via HD-SDI," said David Diliberto, associate producer of No Country For Old Men. "It made for the perfect solution cutting in an HD environment." In addition to the ability to capture to HD offline formats, the AJA KONA 3 card can also be used to capture uncompressed 4:2:2, 4:4:4 and 2K.

"AJA solutions are designed with the reliability, performance, quality and speed demanded of Hollywood productions. We're very pleased to see our products used on so many studio feature titles," said Nick Rashby, President, AJA. "We've always worked closely with Apple to develop solutions that streamline Final Cut Pro workflows, and it's great to see KONA 3 as part of the pipeline on this year's Best Picture winner!"

About KONA 3
KONA 3 is the ultimate uncompressed capture card for seamless operation with Apple's Mac Pro systems and Final Cut Studio 2. Supporting any uncompressed SD or HD format, including Dual Link and 2K, KONA 3 captures and plays back uncompressed 10-bit and 8-bit digital video and 24-bit digital audio, providing unparalleled power and workflow efficiency. KONA 3 also includes a variety of 10-bit broadcast-quality features, such as hardware-based up-, down-, and cross-conversion to and from HD, and adds a live hardware HD/SD keyer for compositing bugs, live clips, and other elements over video.