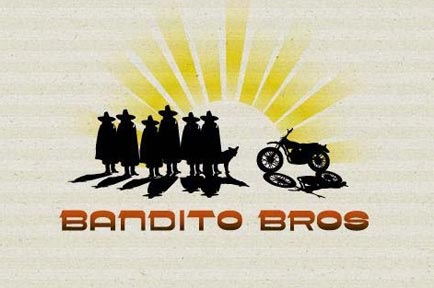 "Saving lives. It's not just the job of paramedics, EMTs, firefighters and doctors. When a life needs to be saved in some of the riskiest settings imaginable, it's the Navy Aviation Rescue Swimmers (AIRRs) who are uniquely capable of answering the call. Wherever it comes from."

So notes the US Navy on its informational recruiting website, navy.com/air-rescue, where it describes the challenges, commitment, and heroism of the AIRRs to potential recruits.

When Los Angeles-based production and post company Bandito Brothers got the call to create video content of these teams in action, they dove in with characteristic vigor. The action/adventure specialist filmmakers joined the AIRRs on missions and training exercises, shooting film and HD video on location, and created a series of four cinematic non-fiction pieces to help tell their stories. The videos began running on navy.com/air-rescue in December.

To edit, finish, and deliver for both broadcast and the web, Bandito Brothers relied on a high-efficiency workflow that included AJA XENA LHi cards. Bandito Brothers CTO and Director Jacob Rosenberg explained, "We shot on a number of formats, including film which was telecine'd to HDCAM. Because we use the XENA card we are able to capture directly to CineForm, our preferred format in 10-bit."

After performing the offline edit in Avid Media Composer, Bandito Brothers took a conform list to Adobe Premiere Pro CS4 and digitized elements off HDCAM using the XENA card. The resulting 10-bit digital master was brought into the company's Iridas SpeedGrade system for color grading, then converted back to AJA uncompressed 444 QuickTime files for broadcast and web delivery.

"It's important for a company like ours to be able to kick out files that are uncompressed 10-bit and that can be played across a range of vendors' systems, depending on where the layback is," said Rosenberg. "You really don't need to invest the overhead in an HDCAM SR deck or layback decks in general if you have that flexibility, and that's what XENA gives us." He added, "It's great for us that AJA can export QuickTime files and support CineForm with a single card."

With AJA XENA taking care of the ones and zeroes of the project, Bandito Brothers focused on telling stories worthy of their subjects. "The people we met and worked with at the Navy are exceptional. We were blown away by what they do and driven to develop cinematic, authentic stories that show what they're all about."