We recently had an opportunity to develop a new editorial workflow to help a long-time client, the Grammy Awards, extend the excitement of the Awards Show beyond the live broadcast. AJA's Ki Pro digital recorder was a key reason we were able to make it work. 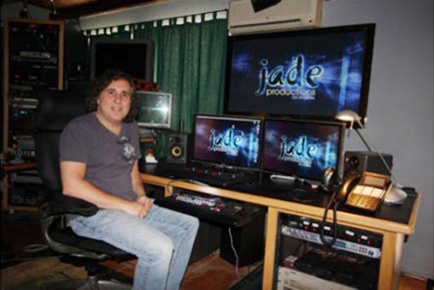 Since 2009 the Grammy show Audio Supervisor Hank Neuberger and Recording Academy Chief Marketing Officer Evan Greene, have had us create components of the Grammy Award Show performances that were available to fans the day after the broadcast at iTunes. This meant doing quick edits of the performances on site during the live broadcast and getting them reviewed and delivered that same night. In '09 we delivered audio-only pieces, and last year, raised the bar to deliver SD video clips. This year they wanted to take the next step and deliver full HD videos, and we stepped up our process to do so.

With the help of Scott Heams at Vendata Systems in LA, we built a workflow that allowed us to edit and record at the same time by using AJA Ki Pro. Ki Pro is a portable, tapeless video recorder that works basically like a VTR. It records Apple ProRes QuickTime files onto removable storage modules, either spinning disk or SSD, that can be plugged into a Mac editing system via FireWire 800 and edited instantly, with no digitizing required.

I was set up in an office under the Staples Center with a Mac Pro Final Cut Pro system, two AJA Ki Pros (one was used purely for backup), three drives and two HD-SDI cables. I got the clean feed from the truck with a final audio mix embedded. When the show started I just hit record on both Ki Pros. One recorded backup throughout the broadcast. The other was my working system. When Act One ended I took the drive out, plugged it into my Mac Pro and started editing, and popped another drive in and started recording Act Two. I just checkerboarded those drives back and forth, editing consistently all night -- basic fade-ups and downs, lower thirds, dissolves and other basic tasks. It was a beautiful, fast process that gave us incredibly high-quality results, then and there.

For me, the Ki Pro also completely changed the pressure of the event. Last year I digitized the live feed onto my editing system and was able to edit only during commercial breaks. At the end of the night all of the labels descended on my little shop to get their clips for review at the same time -- immediately-- and I was still editing frantically. This year when they showed up I had all 12 of the performances in the can. Ki Pro helped us step up and deliver a higher quality extended experience of the Grammy Awards to fans.

George Bellias founded Los Angeles-based Jade Productions in 1994. The boutique post-production studio specializes in 2D & 3D concert editorial and DVD authoring. The company's projects have won numerous Telly Awards and a DEG award for Music DVD of the Year. In 2009, George edited 'Larger Than Life In 3D', a 3D concert film featuring Dave Matthews Band, Ben Harper & Gogol Bordello which premiered in theatres less than 70 days after the live show was recorded. Since then George has edited and finished award winning 3D projects including We Are The World 25 for Haiti 3D music video and 3D documentary, DirecTV's Guitar Center Sessions 3D series and BonJovi's 'What's Next' 3D show for DirecTV. He is currently working on Usher 'Live from London' and Soundgarden 'Live from Lollapalloza 2010' network shows.