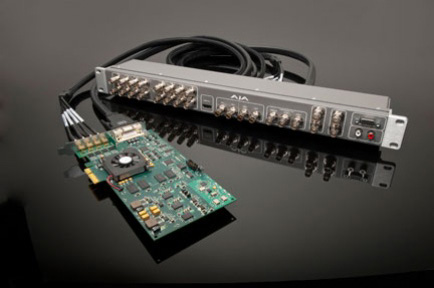 “We’re really pleased to make our new 4K Mode available at no extra cost to all KONA 3G customers,” said Nick Rashby, President, AJA Video Systems. “The extensible architecture of the KONA 3G allows exciting upgrades for users, such as this new 4K playout feature. We’re really pleased to deliver this capability to users at NAB.”

The 4K Mode in KONA 3G is elegant and simple. Setting a new standard for quality in 4K monitoring, KONA 3G offers 4K playback in both YCbCr and RGB, at resolutions up to 4096x2160. When 4K playout is selected, the four SDI connectors on the KONA 3G are remapped as outputs for driving four quadrants of a 4K display.