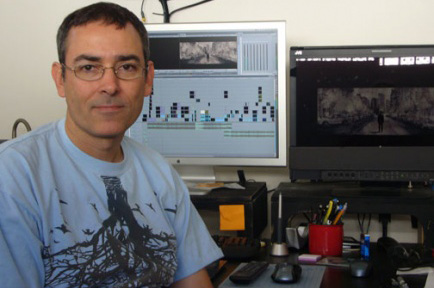 “500 Days of Summer” was shot on film, transferred to tape and edited on Final Cut Pro. Bell edited in DVCPro HD format (this film went into production just prior to wide adoption of ProRes), giving director Marc Webb his first experience viewing HD in the cutting room.

“He was used to cutting in standard def with an Avid, and hadn’t seen how great HD looks on Final Cut with KONA cards. He was very involved with the edit, and was very impressed with the image quality,” Bell said.

The movie’s story unfolds in a nonlinear fashion, relying on title cards to orient the audience to a tale told from the perspective of lead character Tom (Joseph Gordon- Levitt). “The timeline isn’t obvious,” Bell noted. “It constantly flips back and forth. The challenge was to make sure the emotional roller coaster of Tom’s highs and lows progressed, so that the viewer could go on a ride and not get fed up. I think one reason the film works is because the minute you go to each scene you know where you are in time based on Tom’s countenance. You know if it’s before or after a breakup.”

AJA’s KONA card supported the nonlinear tale with a fast nonlinear workflow. Bell said, “What I love about working with the KONA is the real time experience. Not only does the video look better in HD, with the KONA you don’t have to down-res the images to keep working in real time.”

Bell also handled all of the movie’s 250 ‘invisible’ visual effects through his company, Handmade Digital.

Bell, a long-time KONA card user looks forward to incorporating AJA’s new Ki Pro low-cost portable digital disk recorder on a future project. “This device is going to change everything. Everyone who owns and HDCAM SR deck should think about this. If you’re on an Avid you’ll play out to Ki Pro, and if you’re on Final Cut you’ll render to it. That’s the future.”

The American Cinema Editors will announce its ACE award winners February 14 in a ceremony at the International Ballroom of the Beverly Hilton Hotel.