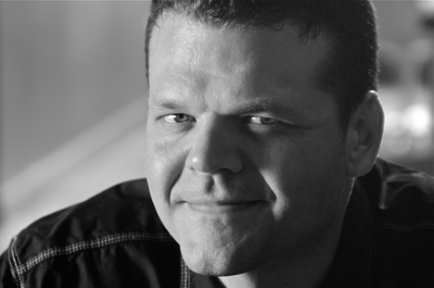 When Detroit-based editing facility Beast was awarded a nine-spot campaign for GMC, editor Chris Chynoweth knew that he needed a fast and reliable workflow solution to meet the project's ambitious timeline. The nine-spot web and broadcast effort features Dude Perfect, a Texas-based trick shot team that achieves near-impossible basketball shots, which were all captured on camera to promote the GMC Sierra Denali Heavy Duty truck.

"I use KONA 3 as part of my pipeline on every production, and it's never once failed me," said Chynoweth. "Dude Perfect scores some pretty unbelievable shots -- all done without trick photography, wires or visual effects. So it was important that this authenticity was captured on camera and in the edit. The KONA actually helped us meet this goal. The KONA playback monitor allowed us to review footage outside the normal viewing range of many televisions and ensure the ball was always in frame, thus proving to viewers that Dude Perfect is totally legit."

Via ad agency Leo Burnett Detroit, Chynoweth worked closely with Austin, TX-based production company Action Figure, which wanted to give the campaign an authentic, documentary-style approach and look. And because Chynoweth was under the typical tight turnaround times of commercial post-production, he faced the challenge of having to cut nine spots, along with several behind-the-scenes videos for online -- which meant having a reliable editing workflow was absolutely crucial.

"I've been an editor for 11 years, so I've experienced my fair share of workflows and editing systems and nothing's worked as seamlessly and reliably as my Final Cut Pro edit bay and my KONA 3. It's such an awesome workhorse and just gets the job done."

KONA 3 is the ultimate uncompressed capture card for seamless operation with Apple Mac Pro systems and Apple Final Cut Pro. Supporting any uncompressed SD or HD format, including Dual Link 4:4:4 HD and 2K, KONA 3 captures and plays back uncompressed 10-bit and 8-bit digital video and 24-bit digital audio, providing unparalleled power and workflow efficiency. KONA 3 also includes a variety of 10-bit broadcast-quality features, such as hardware-based up-, down, and cross-conversion to and from HD, and adds a live hardware HD/SD downstream keyer for compositing bugs, live clips, and other elements over video.

Beast is one of the country's top editorial facilities for commercials, music videos and web virals. With offices in Santa Monica, New York, Austin, Detroit, Chicago and San Francisco, Beast serves a global clientele with an unparalleled roster of established, award-winning editors as well as up-and-coming talent. Since opening its doors in 2006, Beast has built an impressive and varied body of work for such clients as Harpo Films, Nike, AT&T, Reebok, Southwest Airlines, GM, Toyota, BMW, Mercedes, USAF, Linkin Park and Black Eyed Peas. www.beast.tv