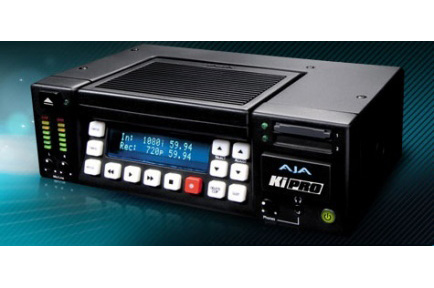 Ki Pro Portable Digital Disk Recorder is Lauded as a "Must See" and "Revolutionary" Product at NAB 2009; Launch Supported by a 23-stop Global Roadshow in June and July.

At NAB, Ki Pro was awarded the Broadcast Engineering Pick Hit Award, the DV Black Diamond Award, the TV Technology Star Award, and the Videography Magazine Vidy Award. Products awarded are selected by a panel of industry experts, engineers and journalists based on the most innovative new technologies introduced at the annual NAB conference.

"We've been developing Ki Pro for quite some time, and before it was formally launched, companies like Apple, ARRI, Canon, JVC and RED let us know how excited they were about it," said Nick Rashby, President, AJA Video Systems. "Despite the behind-the-scenes enthusiasm, nothing could have prepared us for the overwhelming reception for our new NAB products. Our booth was swamped throughout the show, and these industry awards are both an incredible honor and affirmation of the hard work that went into releasing Ki Pro."

Ki Pro provides a new way of connecting production and post with its extensive analog and digital connectivity taking the workflow directly from lens to post; virtually any video and audio source can be fed into Ki Pro to record pristine 10-bit Apple ProRes 422 media that is then immediately available to edit within Apple's Final Cut Studio. Ki Pro will allow users to record hours of pristine Apple ProRes 422 media to removable storage modules with either spinning disk or SSD media with built-in FireWire 800, or to 34mm ExpressCard Flash-based media, for immediate editing and file access. The unit can connect to any digital camera via SDI or HDMI, or any analog camera with multiple input options. Ki Pro is priced at $3995 US MSRP and will be shipping in June of 2009.